Our winemaker, Edward Darren, grew up making wine for family and friends with his father, Randolph. Those early vintages were a shared passion that would serve as the foundation for Rincon Mountain Winery. After acquiring his degree in Enology From Cal Poly, Edward Darren set out to build the “real” winery that he and Randolph had spent years talking about.

We bottle our first wine—100 bottles of our Estate Rose

We bottle our first wine—100 bottles of our Estate Rose 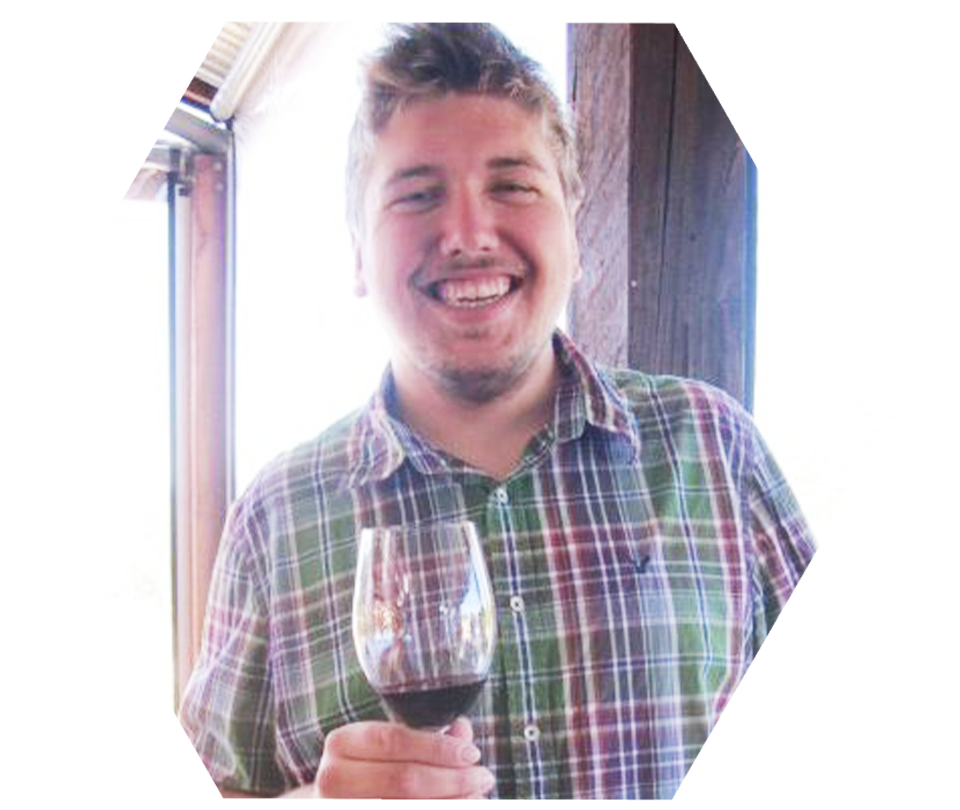 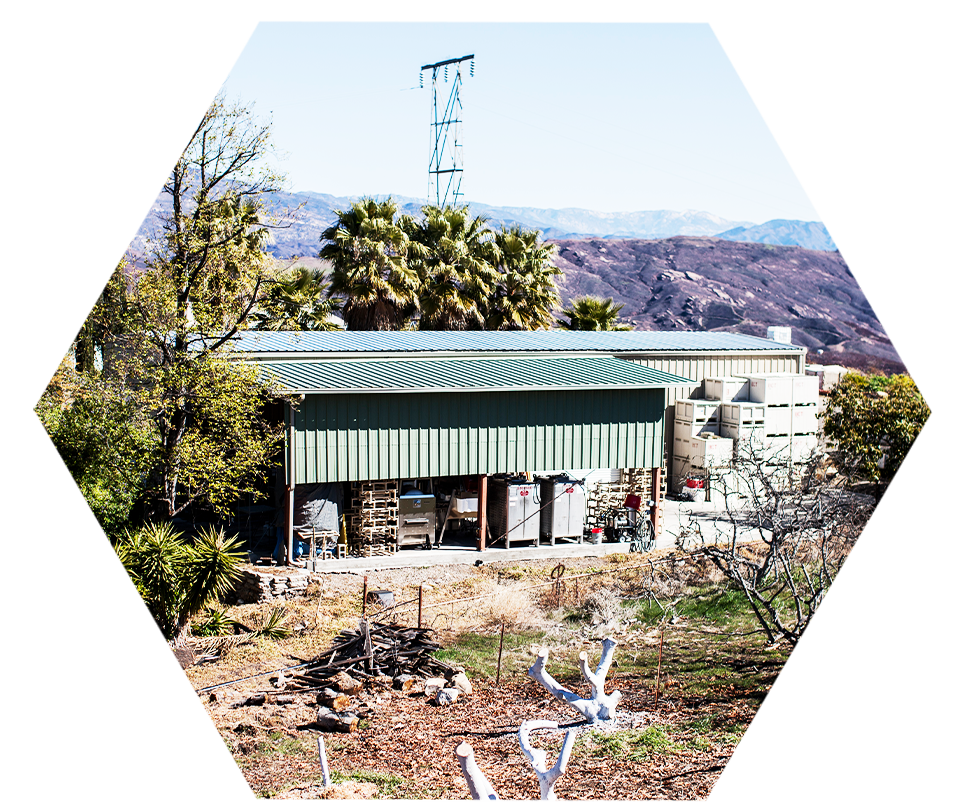 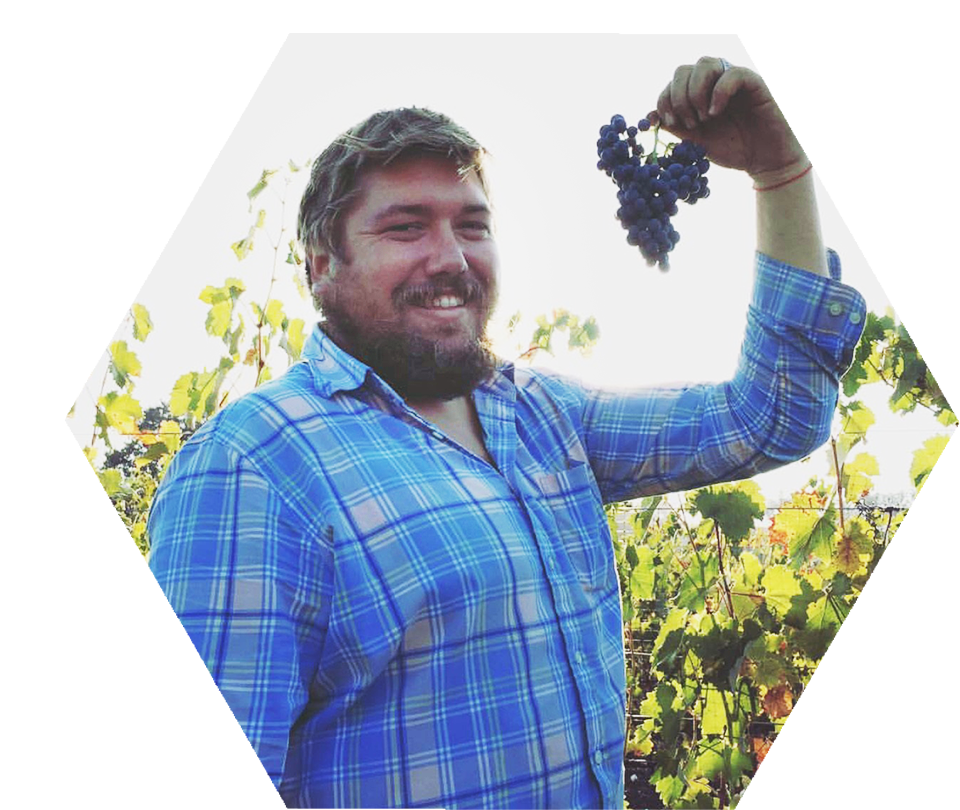 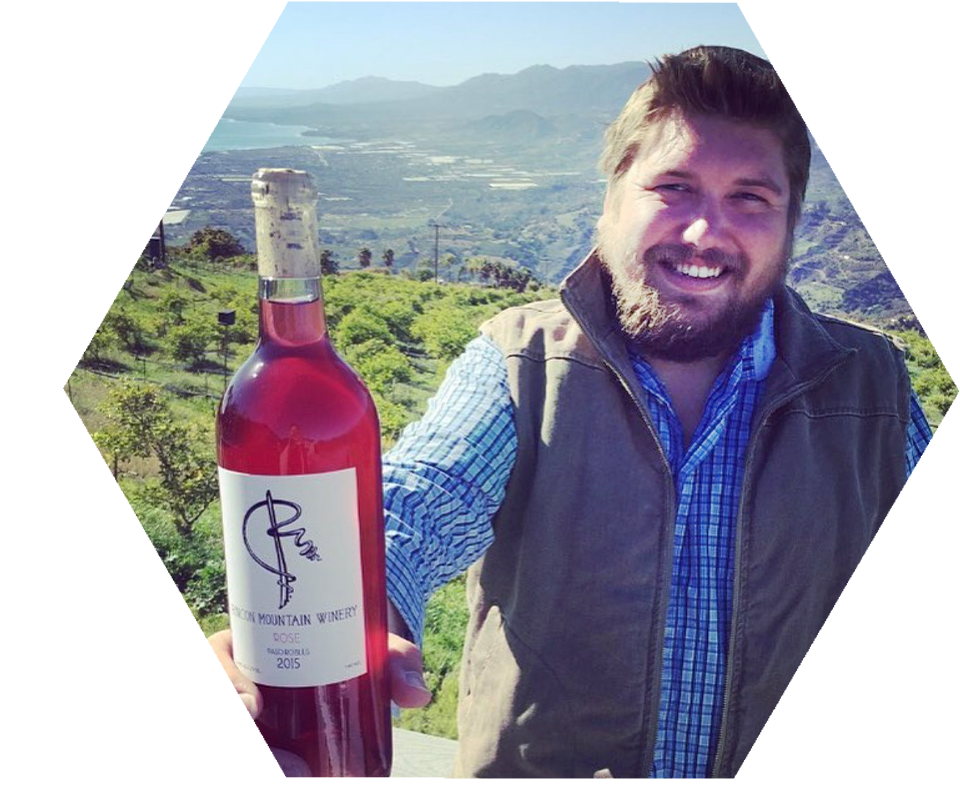 We harvest the first wine—100 bottles of our Estate Rose 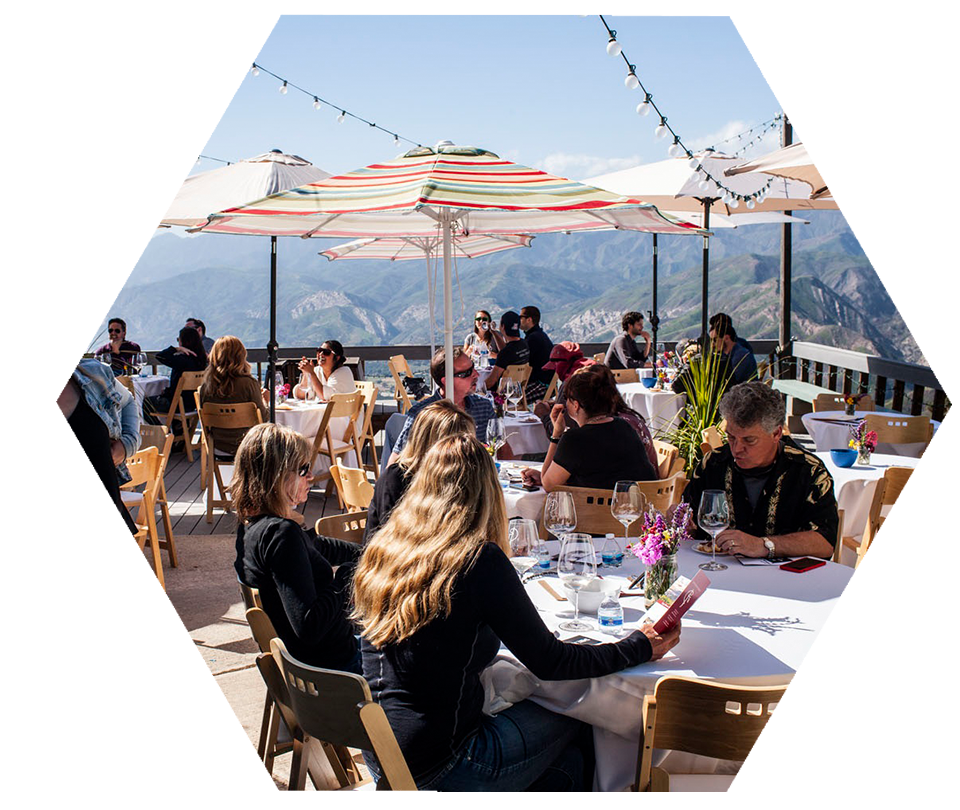 We open our Carpinteria tasting room

Our goal is simple: to build a strong community around locally grown and produced wine. We’re a team of hard-working, suspenders-wearing wine lovers. We love rolling up our sleeves and getting our hands dirty just as much as we enjoy sharing the bottled result of our hard work. 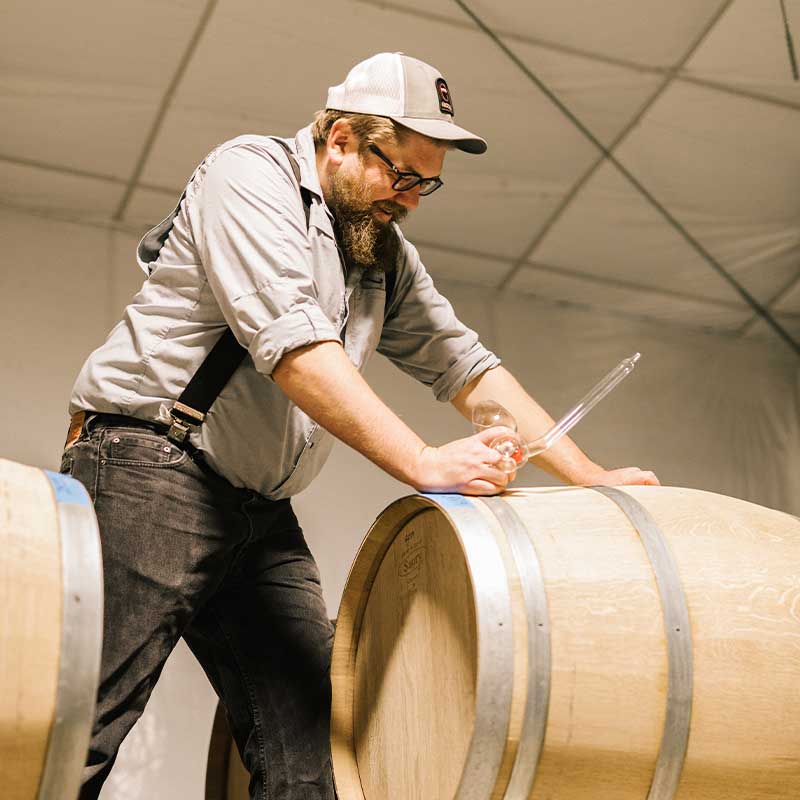 Edward Darren grew up making wine for family and friends with his father, Randolph. Randolph encouraged Edward Darren to obtain a degree in Wine and Viticulture with the promise that they would create a “real” winery once he had a degree in hand. After acquiring a BS in Enology From Cal Poly, Edward Darren built the winery on his family’s avocado ranch where he was born and raised.

Between running the vineyard, managing the winery, making the wine, and tending the grapes, Edward Darren still finds time to occasionally open a finished bottle and enjoy the product he works so hard to make. Year after year, he’s committed to making the best wine possible through innovation and constantly improving processes.

As the co-founder and official “Do-er of A Lot of Things,” Jill has been with Rincon Mountain Winery since the very beginning. When she’s not talking tasting notes and vinyl with guests at the Tasting Room, she’s dreaming up memorable experiences for Rincon’s customers and Wine Club members. As a Level 1 Sommelier who works with the grapes from planting through bottling, she’s got a unique perspective and stories to share with wine enthusiasts who are curious about Rincon Mountain Winery’s vintages. 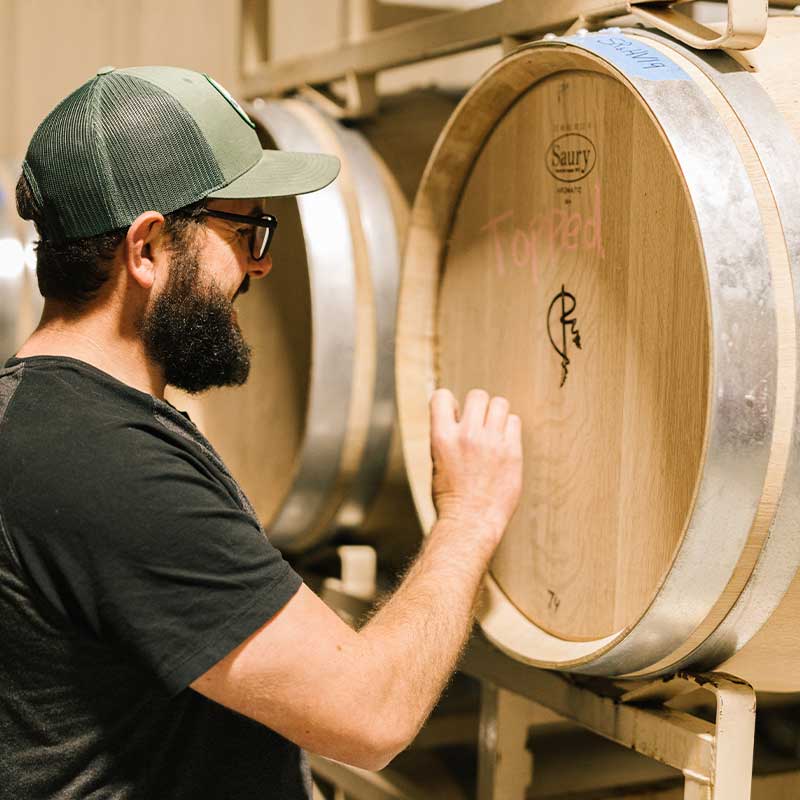 Viognier and a well-made, varietal Grenache

Brent started working in the wine industry during harvest 2008, in his hometown of Lompoc, California. After a few months in the cellar, he decided to minor in Wine and Viticulture during his last few years attending Cal Poly, San Luis Obispo. After graduating, Brent spent the better part of a decade working for various wineries, big and small, domestic and international. After a brief stint living in San Diego, he met the folks at Rincon Mountain Winery and knew he’d found a place where he could fit in and keep growing as a winemaker. 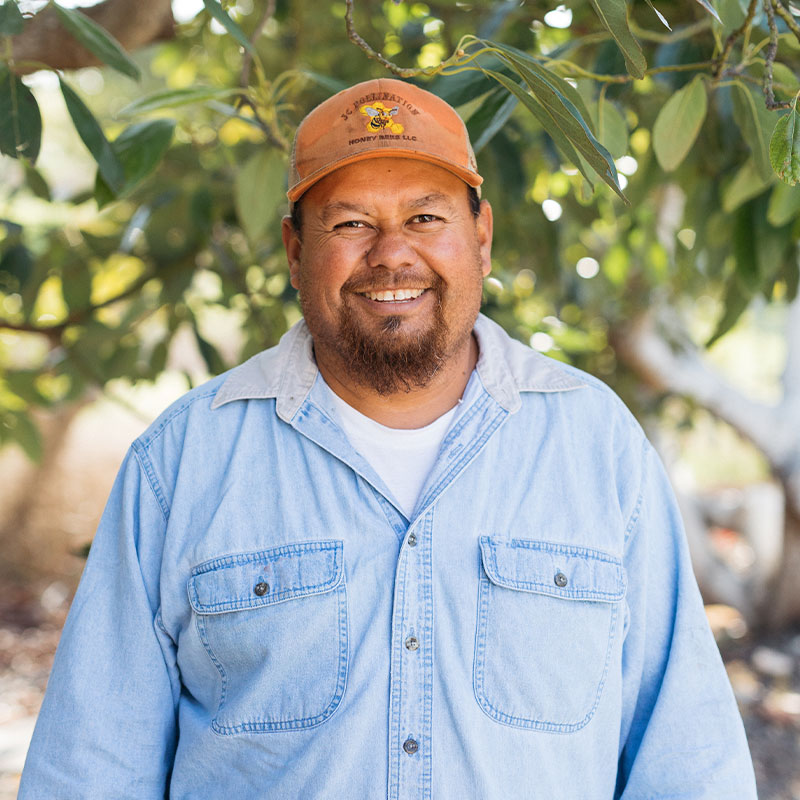 As the Manager of our Paso Robles ranch, Salvador oversees the vineyard, hopyard, barleyfield, and the animals who call the ranch home. With his rich background of hands-on experience, Salvador has worked for nearly two decades to keep the ranch running true to the highest quality standards. With his positive energy and unrivaled work ethic, Salvador is the guy you turn to for motivation during long harvest days. 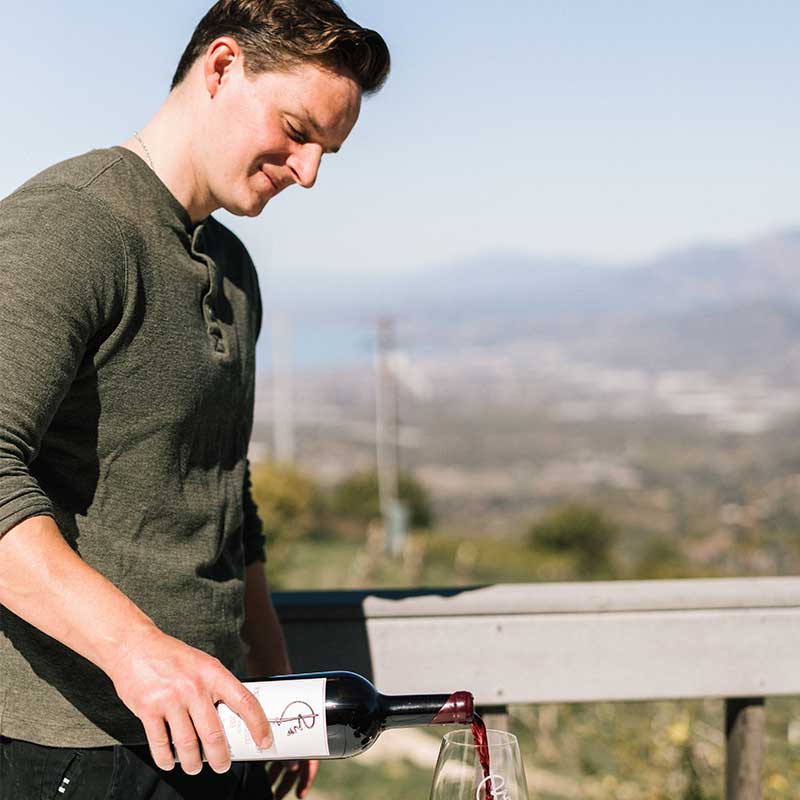 Christian is the heart and soul of Rincon Mountain Winery’s Tasting Room experience. As a natural entertainer with a background in customer service (and an impressive Disney song repertoire), he spends his days telling guests the story behind every pour. Whether he’s pouring for Wine Club members during pick-up parties or welcoming guests at the Tasting Room, he makes guests feel like part of the Rincon Mountain family. 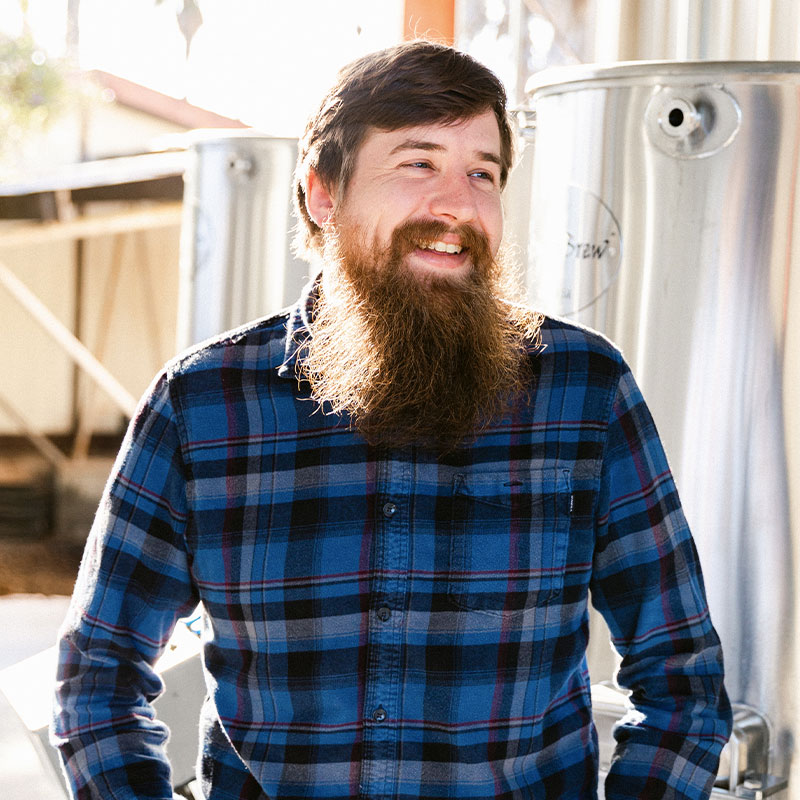 Though Tanner has only been with Rincon Mountain Winery in its present iteration since 2019, he’s been involved with Rincon Mountain wines since Randolph started bottling his first vintages. As the official on-site Cellar Rat (his words, not ours), Tanner keeps the whole operation on track. Whether he’s prepping the equipment, rinsing the foamer, or taste testing the final product, we know we can rely on his attention to detail and sense of humor to make the long days fly by. 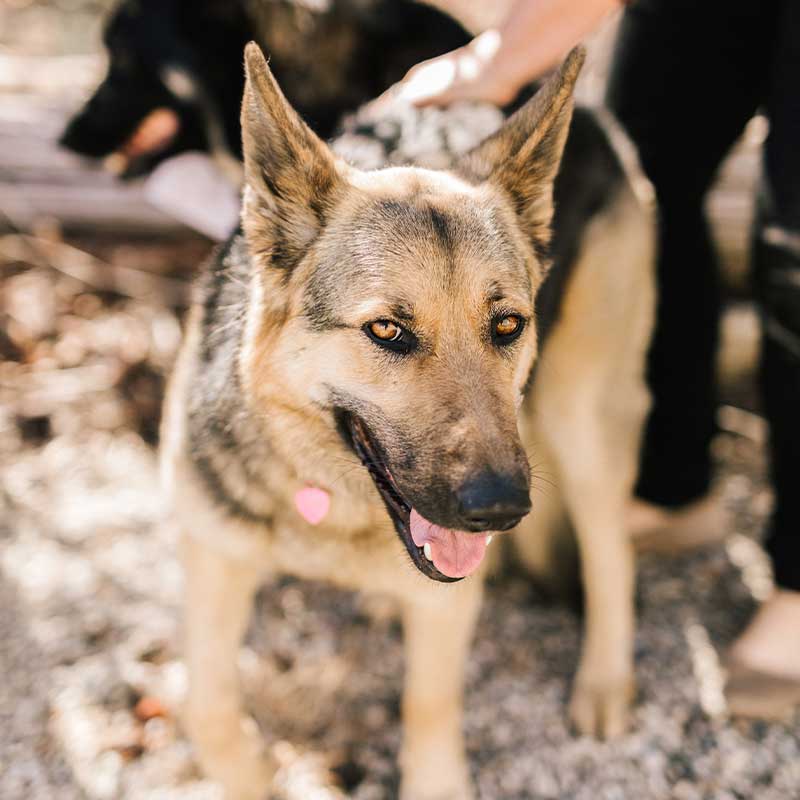 She’s more of a beer girl…

Alfie joined the team when she was just 3 months old, and quickly went from resident cuteness to self-designated Huntress of the Mountain. Alfie’s job includes hanging with her best buds, Lucy and Monk, barking at the paragliders who get too close to the mountain, and making sure coyotes don’t steal her dad’s wine at night. She’s happy to get paid in belly rubs and treats, which she collects with interest at every winery event. 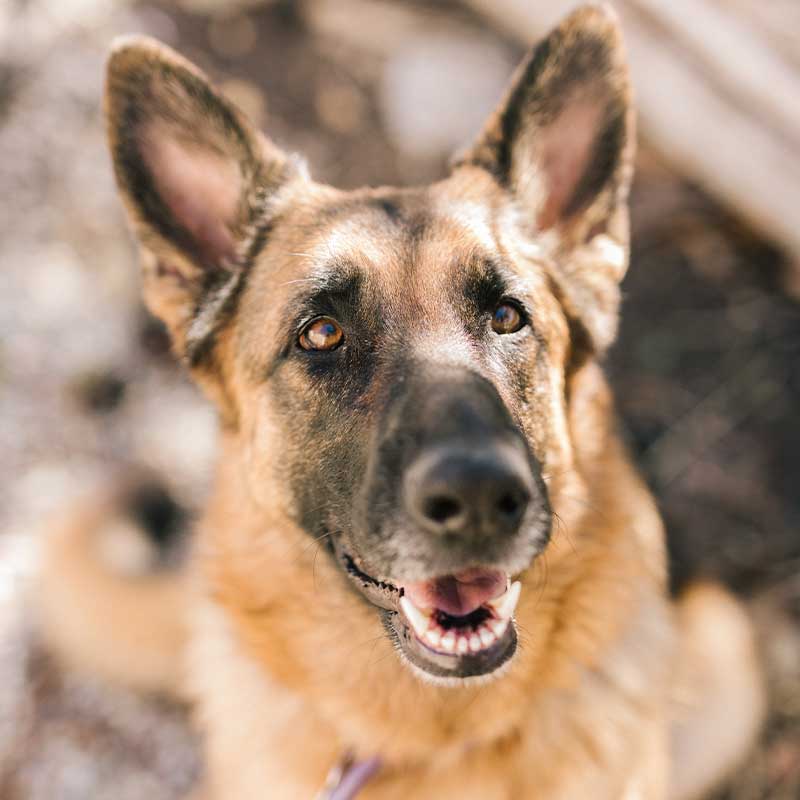 She’s not allowed to drink

Lucy joined the team as a puppy in 2017 and has really grown into her role. As Rincon Mountain Winery’s Head of Security, Lucy starts and ends her day with a patrol of the property. During the day she can be found napping in the sun, helping mom in the office, or lounging in the winery. Despite the long hours during harvest, Lucy is a loyal and loving team member who always gives 110%. With her German Shepherd alertness, she never misses the opportunity for pets or ear scratches. Lucy’s currently enrolled in a training program for Very Good Girls, certificate pending. 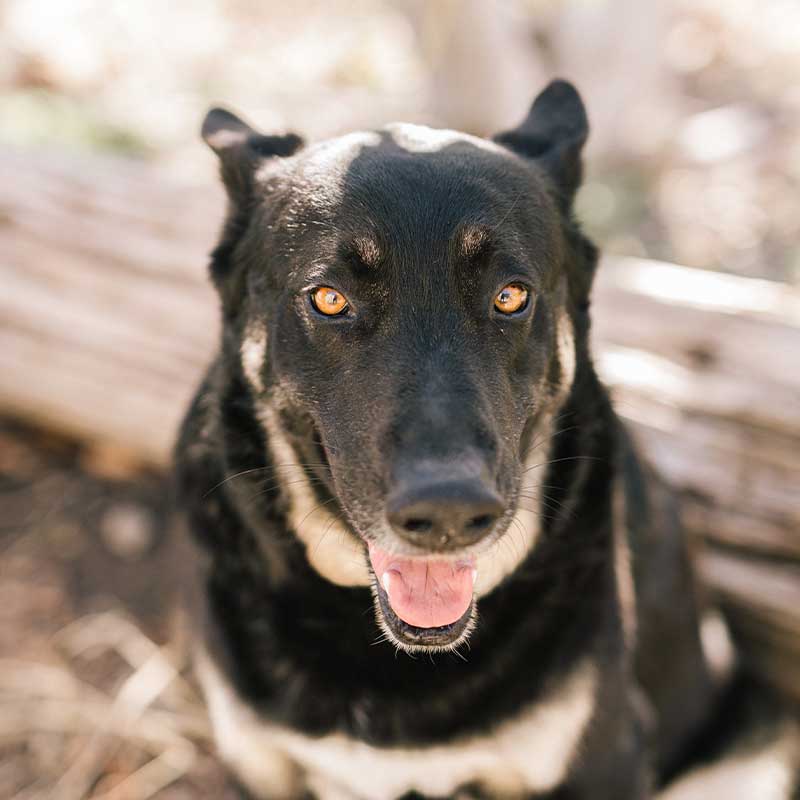 Monk doesn’t drink wine, but likes the sound of a hearty, full-bodied red

If Monk had thumbs, every meal would be cream cheese and bacon slices

With a “less is more” outlook on work and responsibilities, Monk has filled the crucial role of resident Hungry Dog since 2016. For the last five years, Monk has excelled at having no responsibilities and minimal work ethic. The best part of the job? Getting first dibs on any food that falls on the floor.  This lazy, loving, and (most of all) hungry pup holds the Rincon  Mountain Winery record for NOT being named Employee of the Month.

In addition to the winery, we produce craft beer through our brewery, Smoke Mountain. Check out the new and delicious concoctions we’ve dreamed up using homegrown ingredients.

Rincon Mountain
(Not open to the public)